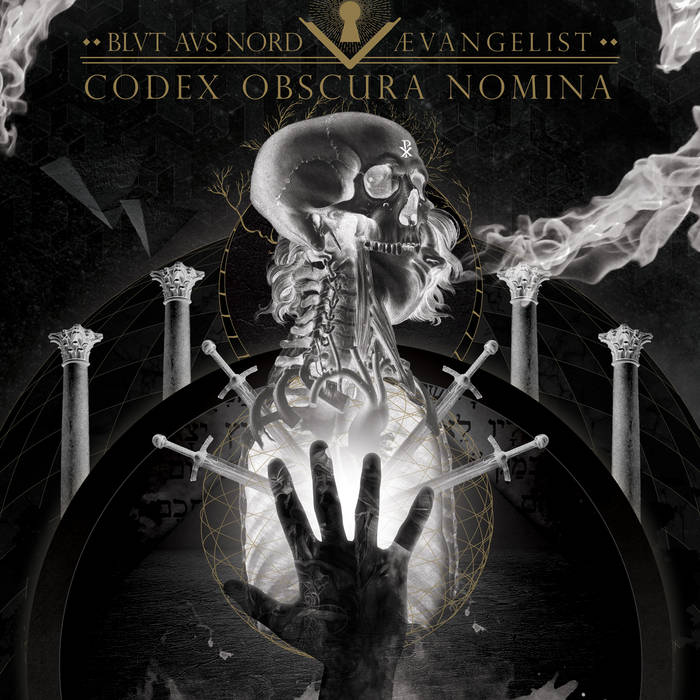 Josh Gregory Blut Aus Nord has been putting out good music consistently for over 20 years. Aevangelist is new to me but I was blown away by their track. If you want to hear something truly different but still within the umbrella of "black metal" then this is it. Favorite track: Aevangelist - Threshold of the Miraculous.

As is their wont, BLUT AUS NORD follows up 2014’s classicist Memoria Vetusta III – a truly iconic album of epic, beauteous and atmospheric Black Metal – with a dichotomous trip further into unfathomable realms of the Black Metal avant-garde. This is yet another new way.

"The Parallel Echöes" showcases BAN’s strongest and most vital beat-making to date: powerfully industrial pounding flecked with trap articulations and a dead-eyed skank which propel the genuinely unnerving melodies into new forms of darkest ‘electronica’.

The gobsmackingly intense "Infra-Voices Ensemble" is a strangely beatific finale, a piece of coldest industrial techno which inspires hellish euphoria through destructive bass weight, damned choirs and disorientating, pursuant chord progressions which hunt down and possess the synapses.

ÆVANGELIST - Threshold Of The Miraculous

Where the BLUT AUS NORD side revels in an altered inner hell-state, ÆVANGELIST uses martial double kick, dissonant raked arpeggios, The Riff and outward tropes of extreme metal to affirm the power within isolationism, to assert the strength in difference and to reject all that is beneath them. Threshold of the Miraculous is an awakening, propulsion into action, a repeated avowal to transcend.

Incessant dissonant arpeggios and slurred chords swirl amidst aerated synth and smeared sheets of twisted melodicism. An array of wraith-like voices leads into spoken word exegesis; muscular rhythms and disturbing percussive touches hammer home powerful invocations before breaking down into cathartic passages aligned with the genre-splice of ULVER's Themes from William Blake's The Marriage of Heaven and Hell and the bass-driven heft of GODFLESH, overlaid with reverberant echoes of early 4AD, post-punk and reclusive electronica.

A declaration of strength within the bloody trails of psychological disconnect.


BLUT AUS NORD are creators of a hallucinogenic universe, erasing all preconceived ideas of Black Metal - and extreme music in general.

Bandcamp Daily  your guide to the world of Bandcamp

MF DOOM is given his flowers, plus appearances from MC Jada Imani and Stanley Ipkuss